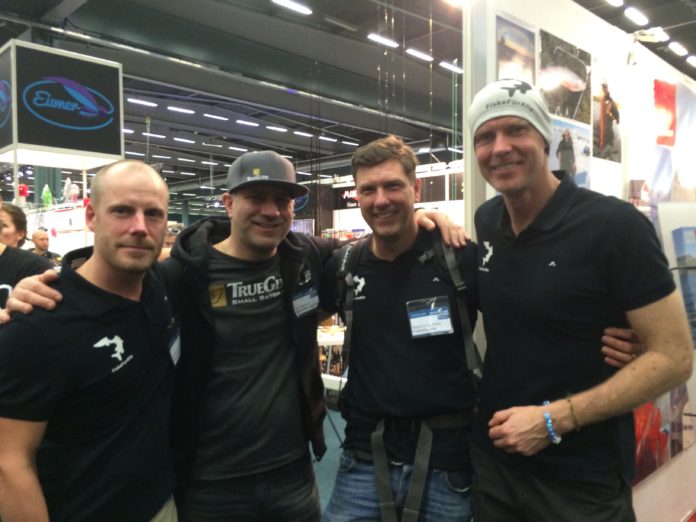 There are handmade baitbuilder and lurebuilders, and then there is Joe Peterson or Trueglide as he is known. Trueglide’s baits stand apart in many aspects: The look and finnish of course, they are extremely good looking. But what really sets him apart is the construction side.

They really do the job they are planned to do, in an extremely good way. In short: They catch fish, and a lot of them too… Of course the baits are made for Joe’s favorite fish: The mighty Musky. However, as anyone who have tried a Trueglide bait on Pike can confess that they get the job done for mr Pike as well.

Our very own house “bait junkie” – Mange – has several hand made Trueglides: Guppies, Guppie RT:s Hustlers and so on and they get have tried both the brackish water of the Baltic sea and the main lakes in Sweden… With good results!

But of course… It it is difficult to get around that the baits themselves are gems, true work of art. We have heard through the grapewine that the baits may have as much as 12 layers of clearcoat with layers of paint in-between creating cool 3D-effects. 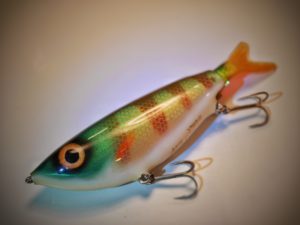 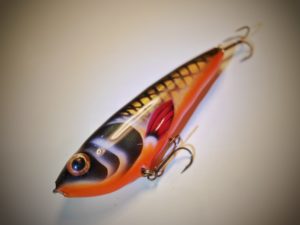 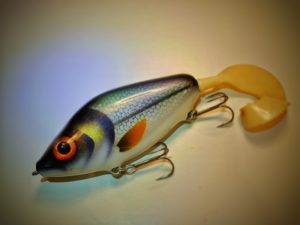 Strike Pro and Trueglide comes together

What is interesting is the collaboration between StrikePro and Trueglide making Trueglide bait models in big-scale production. And they look awesome… One of our main considerations on this collaboration were: how do you keep the fantastic action from a bait made from Cedar when converting it into a bait made from plastic and changing the size? Well – we were happy to ask mr Trueglide himself. Joe joined the Swedish Sportfishing fair for the third time in a row and we at FiskeFürAlle managed to get an interview on tape. Enjoy 🙂

We are very happy to hear that even more baits are coming. We are looking forward to try all the models out. Open water Pike season is here! Peter turned 25 again a couple of weeks ago so Magnus & Danne managed to get some special presents. Dedicated and signed baits from two of the very best: Trueglide and Svartzonker 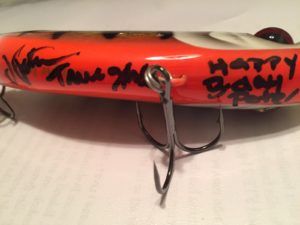 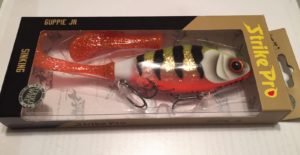 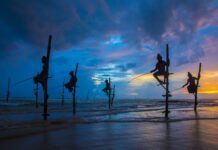 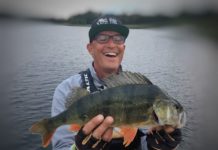 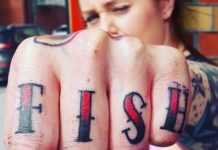